Bhubaneswar, 25/12 (Odisha News24 Bureau): In a major development, the Odisha government has appointed IAS Suresh Chandra  Mohapatra as the Chief Secretary of Odisha. 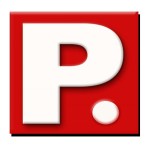 Mobile Marketing is Said to Be the Future of E-Commerce

ABOUT US
Contact us: Editor@prerananews24.in
FOLLOW US
© 2020 All Rights Reserved by PreranaNews24 Powered by PRERANA Consultancy
MORE STORIES